The new collaborative work for poet, viola and piano Taioro ki te Ao was premiered at the National Gallery of Canada in Ottawa on May 30. Poet Sharn Maree of Ngāpuhi, Te Whānau ā Apanui, has written the texts that explore Aotearoa’s past. Taioro ki te Ao is about lightness and darkness and focuses on issues from the colonial past, bringing them into the present. Donald Maurice, viola, and Sherry Grant, piano, perform the music between the verses. The new work was performed again on June 2 at the International Viola Congress, at Columbus State University, Georgia.
Read more. Watch first performance.

SYMPHONY No. 5 Childhood recording and review

A new review by Nick Barnard is posted at MusicWeb International
"His handling of a full symphony orchestra is exceptionally assured and effective. The opening of the symphony features an instantly memorable yet naive tune using tuned percussion and harp to suggest a musicbox in a disarmingly charming way. But this is not ‘just’ an attractive melody - in true symphonic form, Ritchie crafts much of the material for the entire work technically and indeed emotionally from this germinal musical cell. A recurring feature across Ritchie's scores is that he manages to write complex yet accessible music - within two or three listenings the ear is able to identify thematic associations. This ensures that these scores engage the listener quickly and compellingly."

Symphony No.5 has been released as a movie by SOUNZ, and on CD and for digital download by Rattle Records. 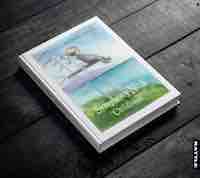 The symphony is an optimistic work, using childhood as a metaphor for renewed hope for the future. With the current Covid pandemic engulfing the world, more than ever we need some sense of hope.

The symphony is divided into five movements with the subtitles: Beginnings, Play, Hopes and Dreams, Life-force, and A future.

Each of Ritchie’s symphonies have proved to be an impressive fusion of public utterance and personal journey. The current group of five will be joined by a sixth, also written due/in response to the COVID pandemic but it is clear from the five already performed that this is developing into a powerful cycle of post-modern symphonies the equal of any. Nick Barnard, MusicWeb International

On Wednesday March 31, Anthony's Three Naïve Pieces for Piano will be premiered by Sharon Joy Vogan in a lunchtime concert in Marama Hall, University of Otago. The pieces, written in 2020, explore themes of childhood and simplicity while carrying deeper layers of adult meaning beneath the surface. The three pieces are titled Discombobulation, Toy and The birds laugh at my melancholy. Anthony's collaborations with Sharon Vogan span decades. In 2002 she recorded his 24 Preludes with Atoll Records.

Anthony's Gallipoli to the Somme has just won Radio New Zealand Concert's 2020 competition to choose New Zealander's most popular piece of classical music. More at Settling the Score. This is the first time a NZ composition has won this annual competition. Many thanks to those who supported this entry.

In November the NZSO and soloist Stephen de Pledge gave 2 performances of Piano Concerto No. 3. The whole concert can be viewed on YouTube.

Anthony’s Remember Parihaka was performed and live-streamed on September 27th in Wellington by the New Zealand Symphony Orchestra under the baton of Miguel Harth-Bedoya.
This work commemorates one of the most tragic episodes in New Zealand's history, the sacking of the Maori village of Parihaka by Government troops in 1881, to put an end to the pacifist resistance of Te Whiti and Tohu, and their followers.

Three of Anthony's recent chamber works feature on a new CD released by the Swedish ensemble Klara Kollectiv, entitled Nara. The first, Picture Stone for clarinet, violin and piano, was composed in Gotland, Sweden, when Anthony was composer-in-residence at the International Composers' Centre, and is inspired by Viking artefacts and stories. The second, Violin Sonata No.3, was composed for Kiwi violinist Manu Berkeljon, based in Sweden. The third is Three Scenes for Solo Clarinet, composed for Kiwi clarinettist, Anna McGregor. 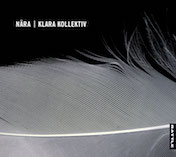 All written in the last 3 years, these pieces sit alongside Lilburn's elegiac Clarinet Sonatina on the album, which is available from Rattle The album can also be downloaded from SOUNZ.

Radio NZ and SOUNZ have released a new recording of Anthony’s Underwater Music for small orchestra, played by the NZ Symphony Orchestra. Dating from 1992 and originally composed for The Auckland Chamber Orchestra, it has been performed a number of times over the years but never recorded. It was inspired by creatures of the sea, with the 3 movements titled Sea-horses, Sting rays and Dolphins. Listen to it at: Underwater Music audio

Anthony's Hungarian-Jewish inspired Rhapsody for Violin and Piano (1998) has been recorded onto CD by New Zealand duo Sarah Watkins (piano) and Andrew Beer (violin). Entitled 11 Frames, the CD is a collection of New Zealand compositions, and has received high praise from critics, winning the Best Classical Album category in the 2020 NZ Music Awards. The CD can be purchased via Rattle Records. You can also download it via Bandcamp from this site. The Rhapsody is based around a Jewish Khosid dance from Hungary.

Husband and wife duo Jane Curry and Owen Moriarty have recorded and released a CD titled Music from New Zealand for Two Guitars. It is a beautiful recording of superb guitar playing, and as well as the Ritchie Opus 51a Pas de Deux also includes works by John Psathas and Jack Body.